CARESSES (short for Culture-Aware Robots and Environmental Sensor Systems for Elderly Support) is a multidisciplinary, international project whose goal is to design the first care robots that adapt the way they behave and speak to the culture of the person they assist.

CARESSES is funded by the European Union and by the Ministry of Internal Affairs and Communications of Japan.

As ageing populations across the world are placing health and social care systems under pressure, culturally competent robots can assist human caregivers in some tasks, thus helping to reduce the pressure in hospitals and care homes and improve care delivery at home.

To achieve this vision, the robots must be accepted by older people and their caregivers. We believe developing robots that are aware of the culture of the person they interact with and model their behaviour accordingly, will make them more acceptable to older people. 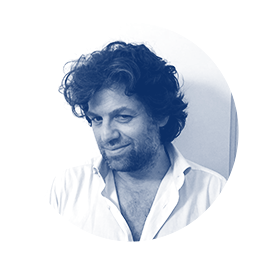 “Robots are going to be increasingly important in the care of older people. As a growing corpus of scientific research shows, taking into account the culture-specific needs and preferences of older users makes health interventions more likely to succeed. That’s one of the main reasons why we launched CARESSES.”

SCIENCE – The project will explore the idea that cultural competence can improve the acceptability of health-care robots in society. It will also study how to make a robot culturally competent.

TECHNOLOGY – The project aims to build a system that integrates the state-of-the-art in assistive domestic robots with scientific evidence associated with culturally competent robots.

VALIDATION – The project will design experiments to explore if and how cultural competence makes robots more acceptable and sensitive to the user’s needs, customs and lifestyle. 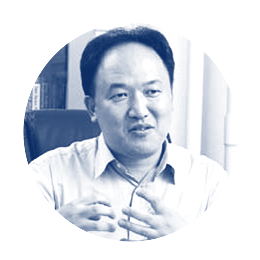 “Research in Japan has a longstanding tradition in the development of assistive robot technologies and smart environments for ambient assisted living: the cooperation between the EU and Japan will pave the way to the standardization of culture-aware assistive technologies.”

Step by step How to develop a culturally competent robot

What should a culturally-competent care robot be aware of? CARESSES’ researchers who study the impact of culture in nursing will set up guidelines to determine what the robots are supposed to be competent in, in order to behave as expected in assistive scenarios.

Once we have selected the cultural aspects the CARESSES’ robots should become competent in, we need to transform them into knowledge they can use. This is why CARESSES’ computer scientists will “translate” this information into a formal, machine-readable format that robots can understand. 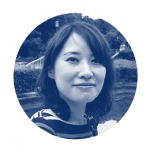 The robots will use their knowledge to distinguish between what is culture-dependent and what is not, to identify potential cultural conflicts and to recognize what might be relevant to the cultural identity of the user

Knowledge serves many purposes, one of which is deciding what to do and how to do it. In the CARESSES robots, the transition from knowledge to planning and acting is realized through Artificial Intelligence programmes that allow the robots to make plans while being aware of the user’s culture. 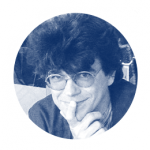 Imagine a robot that is sophisticated enough to enact a certain behaviour with one user while refraining from that same behaviour with another, based on what it knows about the users’ individual cultural profiles. That's what we are determined to achieve.

Another research area of the project is devoted to exploring how, through sensors, positioning systems and near-field communication protocols, the robot can acquire insights about the user’s habits or can estimate human emotions from tone of voice and gestures. 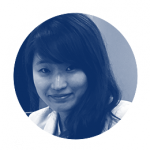 How do sensors, devices and smart-home appliances need to communicate with each other and help the robot? A group of CARESSES’ researchers is dedicated to studying how to make heterogeneous hardware and software work together and share information in a seamless, robust way. 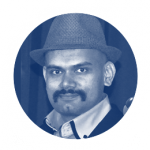 Often interfaces for human-robot interaction come at the end. That’s not the case here as we decided to start developing interfaces from the very beginning of the project without waiting for the delivery of all the different components. 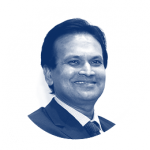 Between the UK and Japan we have access to users from different cultures to test the robots. For the experiments we chose English, Indian, and Japanese participants

The project’s final act is a series of quantitative and qualitative analyses to evaluate the project’s impact on users. This will include evaluating how the care facilities’ residents rate the robots’ cultural competence, how acceptable the robots were to them, and how the robots affected their quality of life. 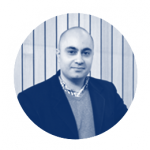 Chris Papadopoulos Principal Lecturer in Public Health at the University of Bedfordshire, UK

To develop and test its culturally competent system CARESSES will adopt Pepper, the human-shaped robot produced by Softbank Robotics, a research partner of the project. Pepper is designed to communicate with people simply and naturally, through body movements and voice.

The culturally competent robot will help the older people in tasks such as reminding them to take their medication, encouraging them to keep active and eat a healthy diet, helping them keep in touch with family and friends through the internet, listening to their favourite radio stations, and reminding them about important cultural and religious festivals.

The robot will assist the caregivers but won’t substitute them: it can remind a person to take a pill but it cannot make healthcare decisions. Physical operations such as lifting an older person or helping him/her sit down or walk are not among the robot’s tasks.

In the UK, the robots will be tested in interaction with the residents of Advinia’s care homes, partner of the project. In Japan, the robots will be tested in the HISUISUI care home and in the iHouse, an apartment in JAIST fully embedded with sensors and actuators for home automation. The robot will also have the capability to support the independence of older persons living at home.

“Cultural competence” refers to the ability of a robot to recognize a person’s various cultural and personal traits, and to behave accordingly.

The robot should be aware of factors such as age, education, family structure, religion and heritage (cultural awareness).

It should take into consideration the person’s cultural values, beliefs and attitudes about health and illness as well as their self-care practices (cultural knowledge).

The robot should be sensitive about the user’s attributes like language, accent, interpersonal skills, communication skills, ability to trust others and to be compassionate to others (cultural sensitivity).

CARESSES has opened up an ongoing conversation among its researchers about the ethics of designing a care robot that will improve the daily lives of older people.
This means that experts in robotics, transcultural nursing, healthcare and ethics will proactively engage with ethical issues as they emerge throughout the project.

The knowledge produced and the software developed during the project’s lifetime will be released under an open source licence to maximize re-use and diffusion in different robotic systems.

CARESSES will involve a multidisciplinary team of EU and Japanese researchers with a background in Transcultural Nursing, AI, Robotics, Testing and evaluations of health-care technology, a worldwide leading company in Robotics and a network of Nursing care homes.

Look at the latest news and updates about CARESSES